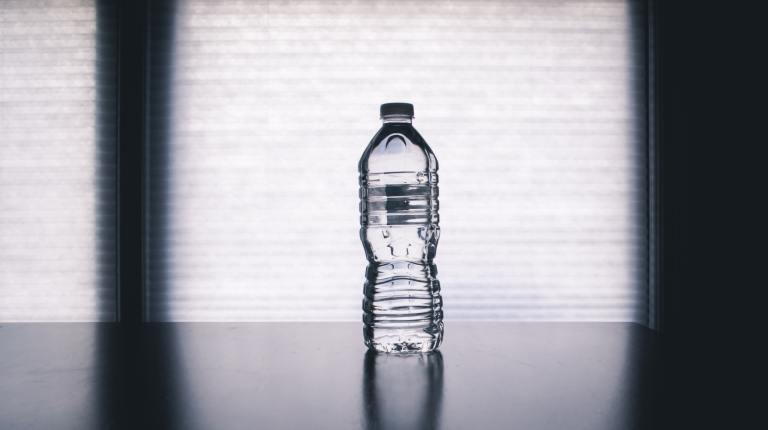 Just because water is bottled, doesn’t necessarily mean that the water is safe and healthy to drink. There are numerous methods used to filter water, and all bottled water is not created equal.

Continue reading to learn more about this multi-billion-dollar industry!

The very fact that we are writing this article, speaks to the widely used and accepted bottled water industry. People are generally accepting the idea that drinking water straight from the tap faucet may not be very healthy, and in most cases, tap water doesn’t taste good and refreshing. Many who do drink water would probably refute that last statement, but that is only because their bodies are used to the taste. Much like a paper-factory worker becomes used to the smell of a paper-factory, whereas for someone who is not around it as often would think it smelled like rotten eggs.

The “safe” and “high-quality” municipal water has been put to the test in recent years such as cases like lead in the water in Flint, Michigan. The number of contaminants in tap (municipal) water is hundreds, and because of this, people want their family to be drinking healthy, safe water.

An in-depth study by the Natural Resources Defense Council (NRDC) begins the executive summary with the following,

“No one should assume that just because he or she purchases water in a bottle that it is necessarily any better regulated, purer, or safer than most tap water. NRDC has completed a four-year study of the bottled water industry, including its bacterial and chemical contamination problems.

We have conducted a review of available information on bottled water and its sources, an in-depth assessment of Food and Drug Administration (FDA) and all 50 states’ programs governing bottled water safety, and an analysis of government and academic bottled water testing results.

In addition, NRDC commissioned independent lab testing of more than 1,000 bottles of 103 types of bottled water from many parts of the country (California, the District of Columbia, Florida, Illinois, New York, and Texas). Our conclusions and recommendations follow.”

See the full study by the NRDC (PDF)

It goes on to further say:

(This is a lot to take in, but it will be well worth it if you have the time to read through the whole section. If you don’t, scroll past this bit and I will summarize at the bottom.)

There has been an explosion in bottled water use in the United States, driven in large measure by marketing designed to convince the public of bottled water’s purity and safety, and capitalizing on public concern about tap water quality. People spend from 240 to over 10,000 times more per gallon for bottled water than they typically do for tap water.

Some of this marketing is misleading, implying the water comes from pristine sources when it does not. For example, one brand of “spring water” whose label pictured a lake and mountains, actually came from a well in an industrial facility’s parking lot, near a hazardous waste dump, and periodically was contaminated with industrial chemicals at levels above FDA standards.

According to government and industry estimates, about one fourth of bottled water is bottled tap water (and by some accounts, as much as 40 percent is derived from tap water)—sometimes with additional treatment, sometimes not.

FDA’s rules completely exempt 60-70 percent of the bottled water sold in the United States from the agency’s bottled water standards, because FDA says its rules do not apply to water packaged and sold within the same state. Nearly 40 states say they do regulate such waters (generally with few or no resources dedicated to policing this); therefore, about one out of five states do not.

Even when bottled waters are covered by FDA’s specific bottled water standards, those rules are weaker in many ways than EPA rules that apply to big city tap water. For instance, comparing those EPA regulations (for water systems which serve the majority of the U.S. population) with FDA’s bottled water rules:

BOTTLED WATER: AS PURE AS WE ARE LED TO BELIEVE?

Our “snapshot” testing of more than 1,000 bottles of 103 brands of water by three independent labs found that most bottled water tested was of good quality, but some brands’ quality was spotty. About one third of the bottled waters we tested contained significant contamination (i.e., levels of chemical or bacterial contaminants exceeding those allowed under a state or industry standard or guideline) in at least one test. This is the most comprehensive independent testing of bottled water in the United States that is publicly available. Moreover, NRDC contracted with an independent data verification firm to confirm the accuracy of our positive test results. Still, the testing was limited. The labs tested most waters for about half of the drinking water contaminants regulated by FDA (to control costs). They found:

Other academic and government bottled water surveys generally are consistent with the testing NRDC commissioned. Though usually limited in scope, these studies also have found that most bottled water meets applicable enforceable standards, but that a minority of waters contain chemical or microbiological contaminants of potential concern.

Summarization of the NRDC Study

While the executive summary is filled with powerful knowledge and it’s hard to choose which research to mention, here are the primary points:

We all use plastic every day. Did you know that there are small plastic pieces that are found in bottled water? It’s true. They are known as micro-plastics.

There was a study by Fredonia that researched the extent at which these micro-plastics are present in bottled water, the results were nothing short of eye-opening.

See the full study by the Fredonia (PDF)

The study was thorough in testing 259 individual bottles from 27 different lots, across 11 brands, purchased from 19 locations, in 9 countries (including the United States).

As you can see in the infographic above, the most micro-plastics were found in Nestle Pure Life, which is a popular water brand sold in the United States.

Another interesting fact was that the average amount of microplastics was 10.4 particles >100 um per liter of bottled water. This was confirmed by FTIR spectroscopic analysis and is twice as much as within previous studies on tap water.

Did you catch that? More micro-plastics (twice as many) are found in bottled water than in regular tap water that comes from your faucet with no filtration.

If the water quality issues mentioned by the two studies above are not enough to show the serious problem with bottled water, this issue alone should be enough to help you take a second look at buying bottled water consistently.

Single-use plastics refer to products that you buy that are contained in a disposable plastic that is meant to be thrown away after one use. This includes plastic bottles of all kinds, straws, cups, and many more.

Of course, 100% recycling would be a great solution, but there are a couple of issues with relying on recycling.

Check out this study by the UN Environment regarding plastic use in our present day and how we utilize this amazing material affectivley and sustainably.

What’s the Solution of Bottled Water Quality and Single-Use Plastics?

I appreciate what Erik Solheim, Head of UN Environment, says regarding single-use plastic, “Plastic isn’t the problem. It’s what we do with it. And that means the onus is on us to be far smarter in how we use this miracle material.”

We are a major proponent of recycling. Every household should try to recycle as much as possible. A great way to truly lower the production of single-use plastic is to stop purchasing into that market, especially on items that can very easily be replaced with a more sustainable solution.

One way to completely remove the need for bottled water is in-house drinking water purification through reverse osmosis. That way, you can simply grab a reusable water bottle and fill it up as you head out for the day.

The research is clear. Bottled water is not a high-quality water solution. The problems with light regulations, deceptive marketing, and low-quality filtration make it an unreliable water source.

In-house drinking water purification through reverse osmosis is a sure way that you and your family are drinking the highest-quality water that is available for residential use.