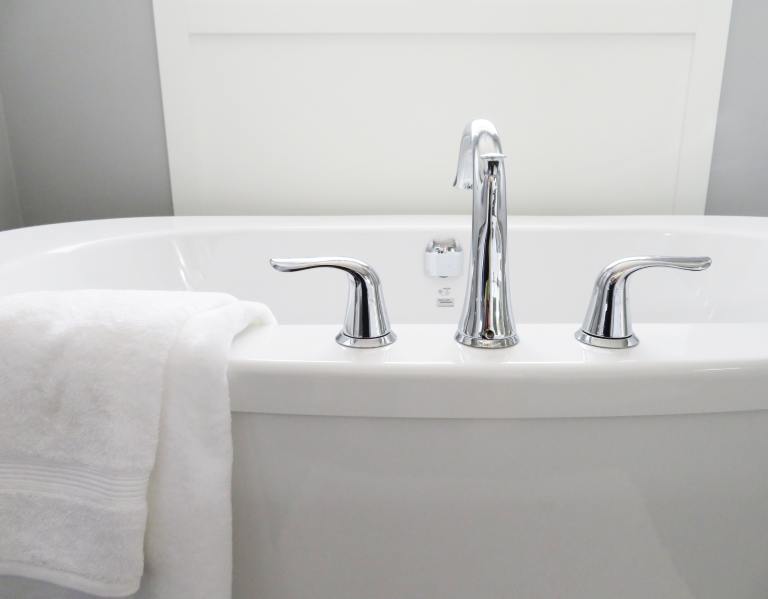 Have you ever thought about getting a water softener but then been turned away by something negative you heard? More times than not, the information you are hearing is either incomplete or false entirely. This article takes a look at those most common myths standing in your way to softer water.

What is soft water? What is hard water?

All freshwater could be classified into two categories, soft water or hard water. The defining factor is water that contains calcium and magnesium is classified as hard water, and water that doesn’t is labeled as soft water. There are a few other contaminants that can make water “hard” but they are quite rare.

Why does it matter?

Think about all the ways you use water throughout your day. Whether you notice it or not, hard water has negative effects on almost everything it touches.

Hard water leaves a film on top of glass, metal, and porcelain surfaces. The whitish stain you continually have to clean off your shower door is a product of hard water. It also affects your water using appliances, coffee makers, ice machines, clothes washing and dishwashing machines. The inner-workings that involve moving water often get clogged and are more liable to break down when using hard water.

Water heaters, tank and tankless, are also affected by hard water. The heating coils become coated in calcium and magnesium and the efficiency reduces dramatically in just a couple of years.

There are a lot of benefits to soft water and negative effects of hard water.

Myth #1 – There is Salt in Soft Water

This is a very common misunderstanding of soft water. It derives from the ion-exchange process that takes place to produce soft water. Here’s a quick overview of how softeners work. You’ll see how people got this idea. But if you pay close attention to the end process you’ll realize how false this myth is:

So, while sodium is in soft water, salt (sodium chloride) is not. Soft water does NOT have a salty taste or anything of the like, because SALT is not in soft water.

Myth #2 – The Amount of Sodium in Soft Water is Unhealthy

“The amounts of sodium in softened water are minuscule compared to other normal dietary sources of sodium. In fact, ion exchange softening of water with very high levels of hardness such as 75 grains per gallon of total water hardness would add less sodium to the drinking water than is allowed in beverages meeting the U.S. Food and Drug Administration regulations for “Low Sodium” labeling.” – Water Quality Association

In the Knoxville, TN and Nashville, TN area, it is very rare for hard water to exceed even 30 grains per gallon, which would equate to even less sodium than stated above.

*If someone is on a sodium restrictive diet, they (like everyone else) should have a reverse osmosis system. Municipal water can have sodium as well.

These systems do not remove calcium and magnesium. The technology used claims to eliminate scale buildup. What has been discovered is that these systems must have very exact situations for them to work properly.

Here is an article that we wrote that goes into this issue on a much deeper level.

In reality, a layer of insoluble soap curds cover one’s skin when using hard water, that is what gives the illusion of the soap “coming off”, therefore, the slick feeling one experiences when using soft water is the is the true feeling of skin and the body’s natural oils.

Most water municipalities are providing hard water. In Tennessee, 95% of the municipalities that we have dealt with provide water that is hard enough that the effects are obvious. The average hardness in Knoxville and Nashville, Tennessee is around 10 or 15 grains per gallon.

The degree of hardness standard as established by the American Society of Agricultural Engineers (S-339) and the Water Quality Association (WQA) is:

Water softeners provide benefits for any machine that comes in contact with water.

The calcium and magnesium molecules in hard water cause scaling. This is true in pipes, faucets, and water-using appliances, such as dishwashers, clothes machines, and coffee makers. This scaling will often contribute to a loss in efficiency and breakdowns in appliances. Such as layering on top of heating coils in coffee maker, or clogging holes and water passages in machines like dishwashers, and can often be attributed to other breakdowns.

For water heaters (tank and tankless) a 2009 study commissioned by the Water Quality Research Foundation (WQRF) and conducted by the Battelle Memorial Institute covered this very issue. The study discovered that the water heater units maintained their factory efficiency rating for as long as 15 years when using soft water. While the unit’s efficiency would be cut as much as 48% when using hard water.

There are a lot of misunderstood or misleading information out there regarding soft water and hard water. Learn more about soft water and how to get it by contacting our team!