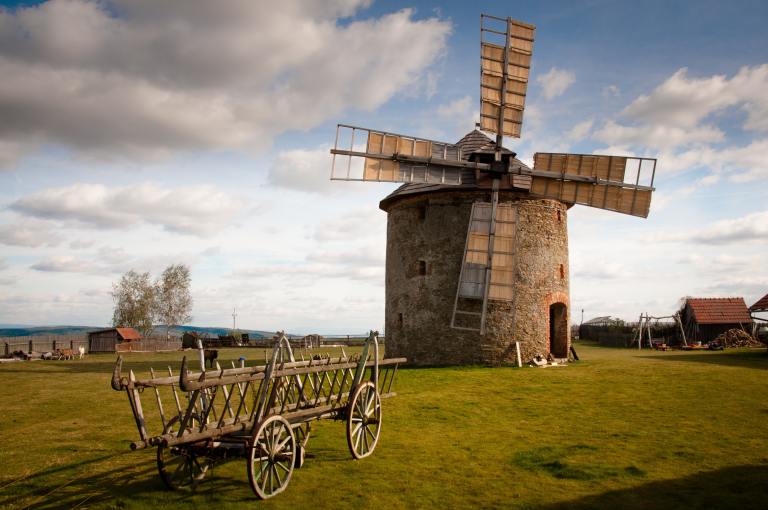 The History of Rainwater Harvesting

When did rainwater harvesting begin? Was it a primitive water source? Why is it no longer a common source?

These are questions that I have when thinking about the history of rainwater harvesting.

You may remember your grandfather talking about the old rain cistern on his farm growing up as a child. They would use these cisterns to water cattle and other livestock and perhaps jump in to cool off after a long day in the hot sun.

The Need of Water

Why collect rainwater? Civilizations, settlements, countries, and empires of the past had basic needs to survive just like we do in the present day. Water, food, and shelter were a continuous struggle to provide, especially in dry climates where water was scarce.

But there was a solution and people of the past came up with brilliant methods of solving these issues. One idea that became a sustaining source throughout thousands of years was rainwater collection and diversion.

Obviously, it is nearly impossible to trace back to which civilization used the method of rainwater harvesting first, but evidence shows that different types of rainwater collection systems were used in 2000 BC in India, Mesopotamia, China, and modern day Israel.

The basic design of these systems often involved a large rock formed into a basin using clay and other rocks to seal it from leaking. And then, using different diversion tactics, water would be stored and used for drinking, washing, agriculture and more.

The middle east has a rich history in the rainwater harvesting timeline. Dating back to 2000 B.C., people in the Negev Desert, which is modern-day Israel, survived by capturing water from the hillside and storing it in Cisterns.

Back then, water availability was truly a life or death situation. According to Heather Kinkade-Levario in Design for Water Rainwater Harvesting, Stormwater Catchment, and Alternate Water Reuse, in tales of a war for the land east of Jordan, King Mesha of Moab used reservoirs to capture rain and gave his warriors the ability to survive in the dry heat.

Many rainwater harvesting roots can be traced back to India. Including systems that are built on top of homes which are still used to this day. In fact, when I visited India in 2017, I saw many homes with aspects of these systems used. Ancient India also developed technology such as large reservoirs to hold rainwater and dams to divert and capture rainwater.

The Romans excelled in many technological advancements, including rainwater harvesting and aqueducts. They would build entire cities with the infrastructure to divert rainwater into large cisterns. The Romans would use this collected water for drinking, bathing, washing, irrigation, and for livestock.

They were master engineers. In fact, there is a rainwater collection cistern built to capture rainwater from the streets above in the Sunken Palace, Istanbul that remains to this day, and it is so large that you can sail in it.

Ancient Native Americans used the natural flow of mountain rainwater runoff to collect and use throughout villages. In central Mexico, underground cisterns have been found that were used for collecting rainwater.

In the 16th-17th century, early settlers began to use rainwater for laundry due to it being naturally soft. They were the ones who actually started using the term “hard water” and “soft water” because of the trouble that would occur from trying to use mineral-rich water for washing laundry. Soap would react with the hard water, causing a build-up to occur, unlike when they used soft rainwater, which allowed the soap and dirt to wash off easily.

Settlers and Natives would not have been able to survive in certain areas without the collection of rainwater.

There began to be issues with the historic way of collecting rain. As civilizations grew, the cisterns would become more and more contaminated. This lead to the spreading of diseases since the modern technology was not available to remove bacteria. As countries became more developed, centralized water utilities began to sprout and became the primary source for all water needs.

The age of rainwater harvesting has not reached its peak. Many farms continued to use rainwater cisterns for feeding livestock. And as technology developed in water treatment abilities, people started to use rainwater in their homes as the primary source of water yet again.

But why is rainwater harvesting starting to come back?

For the most part, development brings advantages, but there has been a side effect of increasing development that is depleting our natural underground water supply. In the water cycle, there is a critical step that must occur for the process to be effective – groundwater recharge.

Through the construction of roadways, cities, and increasing population in metro areas, water is being used, but no water is being replenished. Stormwater is collected and sent into rivers and out to the ocean. Large amounts of water needs to reach the earth and be absorbed in the ground to replenish the natural underground aqueducts. And because this is not happening, water sources are drying up.

According to the USGS, groundwater depletion in the Chicago metro area has lowered the water level 900 feet.

Countries like Austrailia are taking steps to combat this by installing rainwater harvesting systems in homes. These systems use the rainwater captured from the roof, and overflow can be sent to groundwater recharge.

Throughout the United States, rainwater harvesting is growing rapidly. States like Texas and Arizona are implementing the same tactics, offering rebates for homes using rainwater harvesting as a water source. The American Rainwater Catchment Systems Association (ARCSA) was founded just recently and is growing with impact on many states.

Tennessee is becoming a leader in the race, with many homes in the state using rainwater as the primary source of water. The University of Tennessee has also implemented rainwater harvesting for its dormitories and is currently working on more projects that will include rainwater harvesting.

Rainwater harvesting isn’t going away, it’s coming back with technology and sustainability guiding its path.

Want to learn even more about rainwater harvesting in Knoxville and Nashville? Check out our Ultimate Guide to Rainwater Harvesting